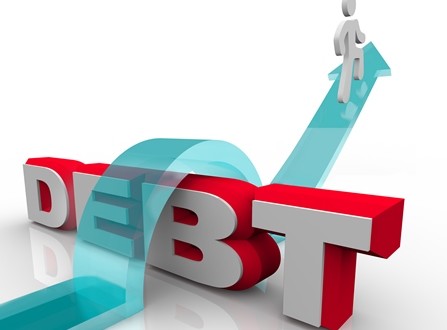 The emphasis of the new draft UAE Federal Bankruptcy Law is to create a more modern, regime, promoting a rescue or rehabilitation culture for debtors as a preferred alternative to formal insolvency procedures. The country’s existing insolvency laws date back to 1993 (Volume Five of the Commercial Transaction Law, Federal Law No.18 of 1993) but you would be hard-pressed to find an example of the existing legal framework ever having been used. Effectively the law is untested and has been regarded for some time as unworkable.

Against that background, various UAE-based law firms were approached by the UAE Ministry of Finance to assist in drafting the proposed new law. The draft was completed after two years of work and is now under review before formal passage through the legislative process.

While the UAE prides itself on being business-friendly and, in 33rd place, scores well on the World Bank’s ‘ease of doing business’ ratings, it is ranked only 151st for resolving insolvencies. According to Elias Stephan, the Managing Partner at Law House, Advocates and Legal Consultants, the general aim of the draft law is to give particular emphasis on the rescue of a debtor’s existing business or the restructuring of a debtor’s liabilities where the debtor gets into financial difficulties, rather than formal liquidation or bankruptcy.

Existing insolvency provisions are to be repealed, says Mr Stephan. Bankruptcy-related provisions which can be found in other pieces of legislation, including the UAE Penal Code, UAE Civil Code and the UAE Commercial Companies Law will be superseded by the provisions of the new law to the extent that it deals with the same subject matter or issue.

WHAT IS BANKRUPTCY?Law No.18 of 1993 does not specify a definition of bankruptcy but states in broad terms, in Article 645, “Subject to the provisions of preventive composition, any trader having suspended payment of his commercial debts, at the time of maturity due to the interruption of his financial position and the unsteadiness of his credit, may be declared bankrupt.”The generally accepted definition of ‘bankruptcy’ is that it encompasses legal proceedings involving a person or a business that is unable to repay outstanding debt and is thus insolvent. In theory, the ability to file for bankruptcy may benefit an overall economy by giving persons and businesses another chance and providing creditors with a measure of debt repayment.

The draft law does not apply to Government entities or entities incorporated and licensed to operate in a financial free zone such as the Dubai International Financial Centre. However, the insolvency regime for traders and others carrying on business activities for profit is extended to include new streamlined rescue procedures, comprising a ’financial re-organisation’ procedure and a ‘protective composition’ procedure. Formal insolvency procedures (Bankruptcy Proceedings) are retained but with modification and a ‘streamlined’ bankruptcy process is available for ‘small’ bankruptcies.

For individuals who are not carrying out any business activity, the insolvency regime is extended to include:

In a number of areas, the draft law proposes to ‘decriminalize’ proceedings. For example, the existing criminal sanctions if a trader fails to file for bankruptcy within 30 days from date of cessation of payments is replaced by a new provision which allows the Court to impose a Financial Disqualification Order on any person who, being subject to Bankruptcy Proceedings, fails to request the commencement of those proceedings within 45 days from date of commencement of cessation of payment or over-indebtedness.

However, the criminal sanctions which deal with bounced cheques and other bankruptcy-related acts as currently set out in the UAE Penal Code are being retained, despite the views of many experts and observers, including HE Lieutenant General Dahi Khalfan Tamim, the head of Dubai Police Force; he is on record as saying that a police role in enforcing debt legislation is ‘not the proper way of doing things’.

The significance of the proposed new law for business is instilling more confidence in the wider business community, allowing for an easier, speedier restructuring of businesses that get into difficulties. Apart from other considerations, the existing law relates only to the activities of ‘a trader’ whereas the new proposals extend to those who are involved in any business activity with a view to trading for a profit – a slightly wider concept.

Building blocks for a business boom

A modern legal apparatus could make the UAE more attractive for foreign investment as well as acting to reduce the number of expatriates who may abscond over debt obligations.

Insolvency is perceived as a ‘bad thing’ to be avoided at all costs. It goes right to the heart of the concept of ‘loss of face’ but the new proposals seek to address this, reducing the stigma and encouraging people to sort out their financial problems in a more accessible way.

The existing lack of workable insolvency legislation also has a direct impact on the ability of smaller companies to access finance to grow. Many banks remain unwilling to lend or to expand the size of their loan books to entrepreneurs and the small and medium size enterprise (SME) segment.

It is not unusual for banks and financiers to be asked to take an equity risk when they lend to SMEs with the businesses putting up property or equipment and machinery as security. At present there is no clear formal procedure for taking possession of assets of companies in default – effectively negating the value of such security and thus reducing the likelihood of a bank being willing to lend.

The prospect of new legislation that does offer clear and efficient ways of dealing with businesses in difficulties could thus have the effect of providing a significant boost to the growth prospects of the country’s SME sector, creating both new businesses and jobs!