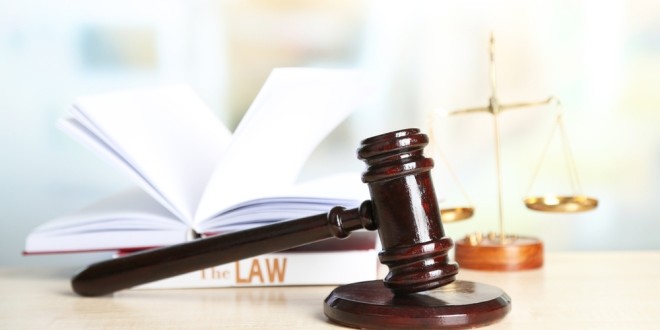 The new law (NL) repealed the previous Commercial Companies Law – Federal Law No. 8 of 1984 (PL) and came into force on 1 July 2015. Concerned companies, including private joint stock companies (PJCs), were given until 30 June 2016 to comply with the provisions of the NL and accordingly amend their Memorandum of Association and Articles of Association (AoA) as necessary.

Under the NL, provisions concerning public joint stock companies (PJSCs) also apply to PJCs, except for the provisions of public subscription, and if otherwise provided therein. For PJCs, the term “Ministry” (i.e. Ministry of Economy) replaces the term “Authority” (i.e. Securities and Commodities Authority). Any reference hereinafter to joint stock companies (JSCs) shall mean reference to both PJSCs and PJCs.

Here-below is a brief review of certain changes enacted under the NL and the impact of such on PJCs:

Article 143 of the NL reduced the maximum number of directors of a JSC from 12 to 11 and stipulates that the total number of directors must be an odd number to prevent possible deadlock in board decisions. The three-year term of membership on the board remains the same, as does the possibility of re-election of the board member more than once.

Directors shall be elected by way of cumulative secret voting, i.e. each shareholder may distribute his votes (being equal to the number of shares held by him) according to his candidate preference and may allocate all his votes to one candidate or amongst the candidates. The general assembly (GA) is also granted the right to appoint certain experienced nonshareholders as directors of the company, provided their number does not exceed a third of the number of directors specified in the AoA.

The NL sets a minimum requirement of four board of directors’ (BoD) meetings per year, unless the company’s AoA specifies more. In an effort to minimise the unexcused absence of directors, the NL stipulates that the director be deemed resigned if he is absent for five non-consecutive meetings without a valid excuse.

The PL prohibited certain transactions by the chairman and members of the BoD which were widened under the NL to cover a larger scope of individuals or entities, defined therein as ‘Related Parties’: “the chairman, directors, senior executive management and employees of the company, the companies in which any of such persons holds at least 30 per cent of its share capital, and subsidiaries, sister or affiliated companies.”

If the invitation to hold the GA meeting is notified within a period less than 15 days from the proposed date of the meeting, the notice will be deemed valid if approved by a number of shareholders representing 95 per cent of the company’s share capital.

The invitation to the meeting, subject to the consent of the Authority, must be completed by publication in two daily local newspapers, one of which must be in Arabic, or under registered letters or according to the method of notification as determined by the Authority.

The minimum statutory quorum required for convening a GA meeting as per Article 183 of the NL is 50 per cent of the share capital of the company, while the right to agree on a higher percentage/ majority is retained for the shareholders in the AoA of the company.

Unlike the PL requirements of an absolute majority, resolutions of the GA may now be passed by majority of the shares present at the meeting (i.e. simple majority), or such higher majority as determined by the AoA.

The NL only recognises the GA and no longer distinguishes between ordinary and extra-ordinary GA. Instead, the NL replaces the extra-ordinary GA with the concept of a ‘Special Resolution’ (SR) of the GA which is issued by the majority of votes of shareholders holding at least 75 percent of the shares represented in the meeting of the GA of the JSC. A SR is required to pass certain significant matters, including: extending or shortening the duration of the company if its purpose so requires; amending the AoA; the purposes of the transactions listed under Article 154 of the NL regarding board powers; increasing or decreasing of the capital of the company; the merger of the company with another company; or the dissolution of the JSC before the end of its fixed term or continuation of its activities in cases where company losses reach half the value of its issued capital.

The founder’s committee required to incorporate a PJC may now be composed of 2 members instead of 3 and the minimum number of shareholders has been reduced from 3 to 2 witha maximum set of 200, subject to the exceptions stipulated under the NL.

The issued share capital of a PJC shall not be less than AED 5,000,000 and shall be paid in full, with the exception of existing and registered PJCs.

The NL introduced the ‘Share Register Secretariat’ (SRS) for PJCs to organize their ‘Share Register’, which shows the shareholding in JSCs and the rights attached to shareholders. Share transfers shall only be effective (against the company or third parties) from the date of their registration with the SRS. That is, the title of shares shall be transferred by the entry of such transfer with the SRS. PJCs may not enter any transfer of its shares other than with the SRS.

Under the NL, appointment of the company’s auditors remains vested with the GA; however, their appointment shall be for 1 year renewable for a maximum of 3 successive years, unlike the PL which did not impose any cap.

The NL is more pragmatic than the PL and has resolved previous practical impediments for JSCs by simplifying voting majorities and shortening the notice period for reconvened meetings of the GA. It also contains several provisions which strengthens corporate governance, such as extra protections for minority shareholders, the widening of prohibited transactions to include Related Parties, and introducing a cap on auditors’ term of appointment. We await further regulations, rules, resolutions and circulars to be issued as required for implementing the provisions of the NL.