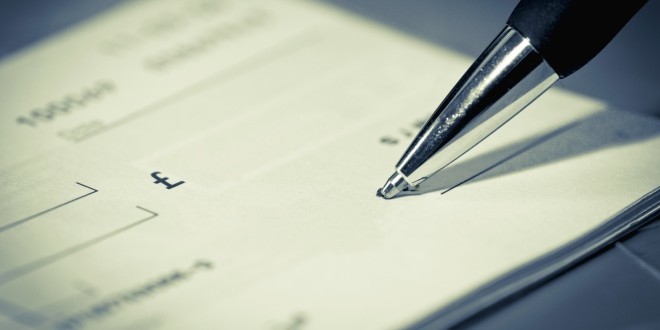 Nehro Haggag, Legal Advisor for Law House, explains the definitions, the importance and the differences between payable cheques and cheque guarantees.

A cheque is a method of payment that is due to be fulfilled and is used as a substitute for cash in transactions. Cheques are also commercial papers ranked first in commercial transactions for being cash equivalents. Due to the large number of deals made through cheques in commercial transactions and financial deals, the possibility of conducting large deals without having to transfer any funds, and due to the importance of the cheque and the risks associated with it, legislations around the world have specifically issued laws to protect cheques and punish criminals for committing cheque-related crimes.

“Shall also be liable to the same punishment any person who shows or delivers to another a cheque payable to bearer, with full knowledge that it does not have a provision which could be withdrawn or which has a provision less than the amount of the cheque. The penal action shall lapse if payment is made or waived after the crime has occurred and before it has received a final ruling. If this occurs after the ruling has become final, its execution shall be stayed.”

To illustrate how cheque-related crimes are punishable, the law states that the elements of the crime are divided into two, namely: the material element (Actus Reus) and the moral element (Mens Rea). Actus Reus is divided into 4 elements:

1. The drawer issues a cheque for which he does not have an existing balance, or on funds that cannot be withdrawn; or

2. When the balance is less than the value of the cheque; or

3. The issuance of an order on the drawee not to pay; or

4. The issuance of a cheque in bad faith in a manner that prevents it from being cashed. The Mens Rea element of the crime, as required by law, comes alongside the Actus Reus. It is one of the intentional crimes, requiring bad faith, often found alongside the Actus Reus in consideration of the fact that cheques must be fulfilled and applied by virtue of their issuance. In the case of a crime, cheques are issued with the knowledge that the source of the cheque is insufficient to cover the balance.