Exercising your Will Power 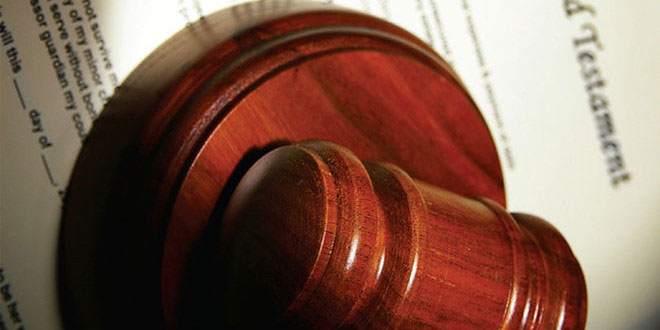 If you live in the UAE and die without a locally recognised Will, the local courts will distribute your estate according to Shari’a law… for expats, even having a Will back in your home country might not prevent this. So make sure that doesn’t happen, says Elias Stephan, Managing Partner of Law House.

About two out of every three people who die in England and Wales die intestate; this means they die without leaving a valid Will.

This occurs when the deceased never made a Will at all, cancelled their Will and did not make a new one, or because a Will that was made is invalid.

In many other countries there are statutory rules (‘intestacy rules’) that determine who inherits your estate if you die without a Will. However, if you die in the UAE without a Will, your assets will be distributed in accordance with Islamic Shari’a law (Islamic Inheritance Laws).

This means things might not be done the way you’d like, says Elias Stephan, Managing Partner of Law House.

“In the west, if a man dies, his wife usually inherits everything. Not so in the UAE. Under Shari’a Law, inheritance favours the males in his family. So, if a married man dies, his wife will get either one quarter of his estate if they don’t have children or she’ll get one eighth of his estate if they do. The remainder is split amongst children – and sons get twice the amount of daughters. If the couple doesn’t have children, the remainder is given to second degree male heirs such as brothers, father, nephews.”

In addition, says Stephan, your family will be faced with the problem that your UAE-based assets may be frozen due to Shari’a Law and your bills – debts and mortgage will not die with you. This could leave a great deal of debt unpaid until your estate is finally dealt with by the UAE Courts based on Shari’a Law.

In essence, this means an expat wife whose husband dies a sudden death may find that, as well as the trauma of losing her husband, she is also stranded and broke when joint bank accounts are frozen. She could also end up homeless if mortgage payments are not kept up and the house is in her husband’s name.

It may not help that the husband has a Will with his home country lawyers, says Elias.

“According to Shari’a Law, there is no will for an heir, in other words, a rightful heir does not need a Will in order to claim his inheritance. So, if an overseas-based Will grants the heir less than the third of the UAE-based estate, or whatever is normally his share under Shari’a, the courts won’t apply the Will. In other words, your overseas-based Will would only be executed as long as it does not contravene the distribution under Shari’a Law.”

Before 2005, even having a Will was forbidden in the UAE for Muslims or non-Muslims, says Stephan. “The reasoning being that heirs do not need a Will; that rightful inheritance is a given. However, in 2005 Law Number 28 was enacted, this meant it was permissible to write a Will if it gave the right of inheritance to a person who was not already an heir.”

ACCORDING TO SHARI’AH LAW, THERE IS NO WILL FOR AN HEIR, IN OTHER WORDS, A RIGHTFUL HEIR DOES NOT NEED A WILL IN ORDER TO CLAIM HIS INHERITANCE

Today, there is a further allowance that means expatriate families are not forced to comply with Shari’a Law with regards to the division and inheritance of their estate but this is conditional upon having a Will prepared in the UAE that clearly instructs that it is the wish of the deceased to have his estate dealt with under the law of his home country.

“It’s a very simple thing,” says Stephan. “We advise that in any Will that’s made with regard to assets in the UAE, the best thing to do is put a condition in the Will that states that, in the event of death, the law that would apply to the Will would be the law of the home country of the deceased. This would negate the application of Shari’a law on the Will itself.

“So if a British person who has assets in the UAE and in Britain dies intestate, Shari’a law would apply to his estate located in the UAE while British law would apply to his estate in the UK but once there’s a condition in the Will of an expat that the law of the home country of the deceased would apply, that is a deviation from the application of Shari’a law and the court here would be obliged to apply the laws of the deceased’s home country. The court would hold itself as non competent to do the probate or the distribution.”

The majority of expats are unaware that, as a UAE employee, they may receive a sizable amount of money from company and government payouts upon death.

Employers may end up holding onshore up to three times your salary, when company life insurance pays out. In addition your company will hold your end of service gratuity, your last month’s salary and any unspent holiday pay.

In addition, if your death is caused by another person unintentionally or by accident, he or she has to pay your estate blood money, known locally as diya. This blood money is to be paid to the victim’s estate as compensation and the amount is governed by Shari’a law.

When you calculate it all up, the money locked away in the UAE legal system can often amount to many millions of dirhams. Another reason to make a locally recognised Will is to ensure your grieving family is not burdened with the additional stress of a complicated and frustratingly lengthy court case.