No cap on judicial fees in Abu Dhabi: analysis and effects 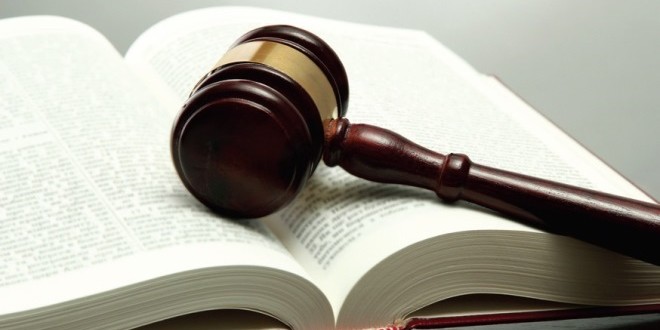 Under the new Law No. (6) of 2013 Concerning the Judicial Fees in the Emirate of Abu Dhabi (New Law) which regulates the court fees payable before the courts and judicial committees in the Emirate of Abu Dhabi, the cap on court fees (Fee Cap) has been removed; meaning that when large sums of money are involved, litigants must think twice before filing lawsuits. While in theory this will help stem extortionate claims, plaintiffs will likely suffer when large amounts are justified.

Under the former law, Law No. (16) of 2008 Concerning the Judicial Fees in the Emirate of Abu Dhabi, (Former Law), and as per Article (9) of the same, the court fees for filing a lawsuit (of a predefined value) before Abu Dhabi Courts amount to 4 per cent of the lawsuit or claim value, subject to a Fee Cap of AED 20,000. Hence, the maximum fees payable by litigants may not reach above AED 20,000 regardless of the claim.

Of note, the New Law does not deal with court fees in relation to federal courts which are regulated under the Federal Law No. (32) of 2005 Concerning the Judicial Fees before the Federal Courts, as amended, (Federal Law). As per Article (6) of the Federal Law, court fees applicable on lawsuits/claims with a predefined value are: (i) 4 per cent on the 1st AED 100,000 and (ii) 5 per cent on amounts over AED 100,000. In all cases, such fees are capped at AED 30,000.

Under the New Law, the legislature in Abu Dhabi has chosen to discard Fee Cap stipulated under the Former Law, Dubai Law and Federal Law and has chosen a different route regarding civil and commercial claims. Article (28) of the New Law stipulates that any lawsuit or claim of a civil or commercial nature (with a predefined value) is not subject to a Fee Cap. Rather a court fee of 3 per cent of the claim/lawsuit amount shall only apply. Paradoxically, the legislature has retained the Fee Cap of AED 10,000 on appeals against judgments of the Courts of First Instance and reduced the court fees applicable on the lawsuit/claim value from 4 per cent (under the Former Law) to 3 per cent (under the New Law).

Sometimes people have unrealistic expectations about how much they are due, entitled to or owed. They often try to maximise whatever they can get. Under the New Law, this may no longer be the approach. If extravagant claims are sought, then the plaintiff must pay high fees for such purpose.

Previously, for claims of high values, and with a relatively small Fee Cap (of AED 20,000 under the Former Law) the costs of filing lawsuits would not deter litigants from pursuing speculative claims. By introducing a new fee structure with “No Cap” and a flat fee of 3 per cent of the claim value, litigants will now reconsider whether filing a suit is the best approach. Claimants will be more factual and refrain from exaggerating their claim to avoid the unnecessary court fees. This is especially true when considering that this fee would be in addition to their attorneys’ fees.

As an example, under the Former Law, the court fees for a claim amount of AED 100,000,000 are AED 20,000 (i.e. the cap amount). Under the Dubai Law, the court fees for the same claim amount are AED 30,000 (i.e. the cap amount). The court fees applicable for the same claim amount, in a civil or commercial matter, brought before the Abu Dhabi Court of First Instance, under the New Law are AED 3,000,000. Such an example illustrates how monumental the change to the court fees payable is. Modification of the choice of law and jurisdiction provisions for contracts of high value will likely result as the contracting parties may want, for instance, the Dubai Courts (or courts other than Abu Dhabi) to have jurisdiction over their disputes or shift to alternative means of dispute resolution

A STEP TO BE WELCOMED, BUT WHY STOP THERE?

Reducing the fee percentage from 4 per cent (under Former Law) to 3 per cent (under New Law), is an encouraging step for litigants seeking redress of their rights before the Abu Dhabi Courts. However, this may not be the case, if litigants – mainly small and medium enterprises (SMEs) or individuals – lack the financial resources needed to pursue major claims of a high value. This will now become a prohibitively expensive litigation process for them.

By removing rather than raising the Fee Cap, an additional consideration is required by litigants. They will now probably exhaust all amicable means prior to pursuing the litigation route. Financial means may be a burden. It is also likely that once attorneys are appointed, an assessment and valuation of the claim will be conducted, including whether certain damages such as loss of profits, moral damages or loss of reputation will have considerable grounds for success. Otherwise, unwanted high court fees will be paid and wasted.

In comparison, most arbitral institutions divide the arbitration costs – mainly the arbitrator(s) fees – into tiers based on the disputed or claimed amount. Any claim falling within the identified tier will be subject to: (i) a certain minimum monetary amount for that tier, plus (ii) a defined percentage of the claim amount. It is to be noted that the percentage rate applicable decreases as the claim amount increases until the value of a claim reaches a certain threshold. Once that threshold is crossed, the fee percentage will not vary irrespective of how high the claim value extends.

The legislature in Abu Dhabi may retain the “No Cap” principle under the New Law, which forms the core of the change adopted. Nevertheless, we hope that the fee percentage of 3 per cent be reduced for high or, very high claims. The legislature may consider adopting a route similar to that under the Dubai Law or as chosen by most arbitral institutions. That is, to divide the claim amounts into tiers and apply a certain fee percentage on each tranche, which decreases as the claim amount increases.

The legislature may not intend for contracting parties in high value contracts to stipulate jurisdictions other than the Abu Dhabi Courts. Unfortunately, this will likely occur. Most concerning, in matters where the claims are valid though the value is high, financial resources may be an impediment to the justice which plaintiffs rightfully deserve. However, if the vision of the Abu Dhabi Judicial Department is to encourage alternative dispute resolution, this will undoubtedly happen. If the aim is to generate more income for the Emirate, this will likely occur. If the objective is to limit the number of lawsuits and discourage frivolous claims, the “No Cap” structure will likely do so.