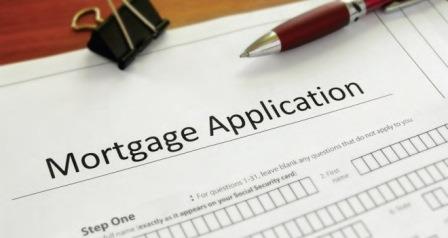 As part of its efforts to regulate the financial market and ensure its stability, the UAE Central Bank issued, in October 2013, Circular no. 31/2013 Regulating Mortgage Loans (the Regulations). The Regulations were published in the UAE Official Gazette on the 28th of November 2013 and entered into force a month after that.

The new Regulations require banks and financial institutions to look at some key risk factors that need to be checked before qualifying borrowers for a mortgage loan. According to these Regulations, lenders should adopt a diligent approach to giving mortgage loans and apply the principle of “substance over form” in their decision making process. The Regulations sets minimum standards to be adopted by bank and financial institutions. They give, at the same time, lenders the right to apply more conservative measures to safeguard their interests and ultimately ensure market stability.

In practice, the Regulations seek to eliminate fully financed purchases where risks are higher and where lenders may have to absorb increased losses with the lack of equity funding by buyers. Applicants for a mortgage loan will now be facing a quadruple limitation which are (i) the age of the applicant1 (65 years for expats and 70 years for self-employed expats and UAE Nationals), (ii) the Loan to Value (LTV) ratios, (iii) the value of the property being bought and (iv) the maximum period for a mortgage. The Regulations also differentiate between UAE Nationals and expats. Additionally, in an attempt to limit speculative buying and an overheating of the real estate market, the Regulations differentiate between a first purchase and a second and subsequent property purchase considered as an investment.

A LOOK AT THE NUMBERS

The Regulations have cut the LTV ratios by 5 per cent from the rates previously applied/offered. The tables below set out the maximum ratios that expats and UAE Nationals are eligible to on the purchase of a built property. It is worth noting that the LTV caps will not apply to UAE Nationals under government housing programmes.

The tables above set the maximum LTV for mortgage loan. It appears that the use of the word “maximum” in the Regulations gives banks and financial institutions the discretion to grant a reduced mortgage rate following their assessment of applicants. Mortgage loan for purchases in off plan projects are limited to 50 per cent regardless of the value of the property and the nationality of the borrower. This adds a more conservative approach to properties that are under development and limits the exposure of banks and financial institutions in the event a developer fails to complete the construction of the project.

The Regulations have set the perimeters for banks and financial institutions to grant mortgage loans but did not specify how such perimeters will be applied. As such lenders are expected to put in place an assessment mechanism, within the perimeters set by the Regulations, to evaluate on a case by case basis the eligibility of a borrower to a mortgage. Banks and financial institutions should perform what the Regulations referred to as a ‘Stress Test’ and look into the lifestyle of the applicant as well as his/her Debt to Burden Ratios (DBR) and other commitments to ensure that the risks of defaults or cross defaults are minimised.

In an effort to limit ambiguity at the borrowers’ side that may lead to defaults, the Regulations also seek to ensure clarity to borrowers on their mortgage terms and their obligations stemming there from. It also requires banks to be as transparent as possible when it comes to terms and conditions applicable to a mortgage such as rates, payments, fees drawdown costs and pre-payment penalties.

As mentioned at the outset, the purpose of the Regulations (in addition to other measures such as doubling the registration fees) is to limit speculations and seek stability in the real estate market. As such it should not be tolerable for some banks to structure their mortgage offering in a way that will hamper the UAE Central Bank’s efforts.

The question remains: will the Regulations yield the desired results and stop speculations or will it affect the growth of the real estate market?